Wondering if a yacht syndicate will work for you?

On this page, yacht syndicate owner Frank Milner tells us about his experience of boat share in Sydney. 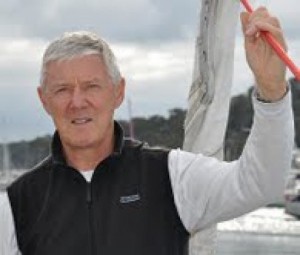 He is a straight-talking Aussie who calls a spade a spade. He’s also a seasoned SMART Boating yacht syndicate owner.

Having enjoyed a term on a Hanse 400e, he’s now enjoying his second boat share – this time on board Ruffian, a Hanse 430e. We caught up with Frank to chat to him about how a yacht syndicate works.

What first attracted you to boat syndication?

“To be honest it was a no-brainer. Linda and I used to charter yachts. We bareboat chartered for three long weekends a year and it cost us $6,000.

Then at the boat show we were introduced to the idea of a syndicate and suddenly we had another option. For a very similar outlay we could have a brand new boat for 34 days a year. For me, this is extraordinary value for money.”

Why did you choose the SMART Boating syndicate?

“First, because it’s fully managed. And second, because it has a fixed term.”

Why is a fully managed yacht syndicate better?

“I’ve talked to lots of people about yacht syndicates.

And most people can tell me a horror story about a fellow owner who never put the fenders away, left the toilet in a mess or damaged the boat and didn’t want to pay to get it fixed.

As a SMART Boating syndicate owner, I don’t have to deal with any of that. If there’s an issue, I e-mail or phone the office and they deal with it. And next time I come to use the boat it’s ready to go.

I don’t have to arrange for the boat to be slipped or book the engine service. So for me, managed syndicates get around the common syndicate problems.”

And the fixed term?

“It seems to me that private yacht syndicates often fall apart over the unwinding of the syndicate. Typically, there is no reason to unwind unless an owner is unhappy or they’ve had enough and that creates difficulties if the others want to continue.

If it’s a fixed term everyone knows where they stand and there’s no arguing.”

Would you consider owning a yacht outright?

“I can’t see that happening unless we win the lottery!

So going back further … what got you into yachting?

“I’m a sailor from way back. I started sailing at age 7. My father had a Heron and we used to go away for family holidays towing the boat behind.

I’ve pursued lots of other sports but in between I’ve enjoyed chartering yachts on Pittwater and in the Whitsundays.” 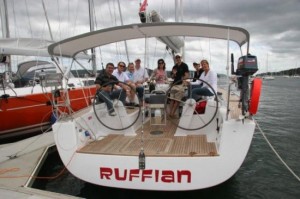 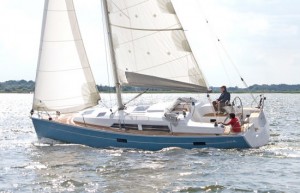 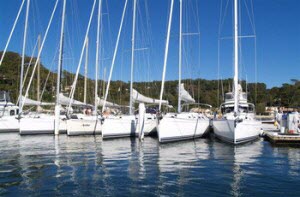 You are clearly a very experienced sailor. How do you find the Hanse yacht as a sailing boat?

Many of the older yachts we have chartered are like sailing caravans. Sure, they’re spacious, but they’re unresponsive and slow upwind. Hanse yachts are very definitely not floating caravans! For me they are a great performance yacht.

In addition, the Hanse Yacht is a striking design and the ease of the self-tacking jib is really important for me especially sailing in a location like Pittwater where you have to tack often. And of course, Hanses are designed from the ground up with a self-tacking headsail to help balance the boat they have a large mainsail.

I can honestly say Zoe, our first syndicate yacht (40ft Hanse), is the best-balanced yacht I have ever sailed. On a gusty day I experimented by locking the wheel while sailing close hauled and fully expected her to screw right up into the wind on every gust. But when the gusts came, she would heel a little and moved up maybe two degrees to windward and then once the gust had gone she settled back onto her original course. To me that’s exceptional performance.”

“I like the 430e – I really do. Ruffian is a lovely luxurious boat and incredibly comfortable when we have a lot of people on board. Last time we were out we slept seven in total luxury.

In a seaway, the 430e is so solid it takes the waves very well – it has an amazing ability to iron out the chop. It progresses like a big luxury car. And of course, the electric main halyard winch is wonderful.

It’s also deceptively fast- it takes the waves so well you don’t realise how fast you are going.

But the 40 is more of a sailor’s boat. So I guess, as a sailor, I prefer it overall. It’s more responsive and because we often sail two up it’s easier for us to manage.”

And which boat will you choose for your next yacht syndicate?

“Well, there’s a question … as a sailor the 350 looks like a little jewel of a boat and it’s exceptional value.

But I’m not sure if Linda is ready to forget the luxury and space of a 430e!”

Or head here to see which SMART Boat Shares are launching soon.

Contact Us & We Will Get Straight Back To You